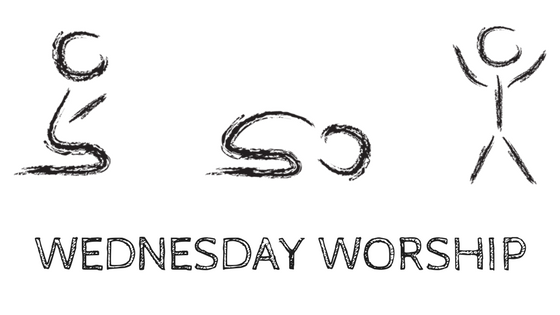 The sands have been washed in the footprints
Of the Stranger on Galilee’s shore;
And the voice that subdued the rough billows
Will be heard in Judea no more,
But the path of that lone Galilean,
With joy I will follow today,

There are so many hills to climb upward,
I often am longing for rest;
But He who appoints me my pathway,
Knows just what is needful and best.
I know in His Word He hath promised
That my strength it shall be as my day; [Refrain]

He loves me too well to forsake me,
Or give me a trial too much;
His people have been dearly purchased,
And Satan can never claim such.
By and by I shall see Him and praise Him,
In the city of unending day; [Refrain]

When the last feeble steps have been taken,
And the gates of that city appear,
And the beautiful songs of the angels
Float out on my listening ear;
When all that now seems so mysterious,
Will be bright and as clear as the day,

This hymn gives us a much-needed reminder to keep an eternal focus rather than a temporal one. It is easy to get caught up in the here and now, but eternity is our hope. It is our goal. Once we arrive, every trial we have been through will make perfect sense and we will see how God used it all to make us more like Christ. Hang in there. The best is yet to come.

I have read of a beautiful city,
Far away in the kingdom of God;
I have read how its walls are of jasper,
How its streets are all golden and broad;
In the midst of the street is life’s river,
Clear as crystal and pure to behold;
But not half of that city’s bright glory
To mortals has ever been told.

I have read of bright mansions in Heaven,
Which the Savior has gone to prepare;
And the saints who on earth have been faithful,
Rest forever with Christ over there;
There no sin ever enters, nor sorrow,
The inhabitants never grow old;
But not half of the wonderful story
To mortals has ever been told. [Refrain]

I have read of white robes for the righteous,
Of bright crowns which the glorified wear,
When our Father shall bid them, Come, enter,
And My glory eternally share;
How the righteous are evermore blessèd
As they walk through the streets of pure gold;
But not half of the wonderful story
To mortals has ever been told. [Refrain]

I have read of a Christ so forgiving,
That vile sinners may ask and receive
Peace and pardon for every transgression,
If when asking they only believe.
I have read how He’ll guide and protect us,
If for safety we enter His fold;
But not half of His goodness and mercy
To mortals has ever been told. [Refrain]

Artists have tried to draw or paint what they think heaven will be like. Writers have exhausted their vocabulary trying to describe the way it must be. But the truth is, our imaginations don’t do heaven justice. I think the hymn has it right, though. The glories of heaven do not compare to the wonder of salvation. In the ages to come, I doubt we’ll be discussing the streets and the gates, but we will be worshiping the Savior who gave His life so that we could be there. Yes, when it comes to His goodness and mercy, the half has not been told.

I wandered in the shades of night,
Till Jesus came to me,
And with the sunlight of His love
Bid all my darkness flee.

Tho’ clouds may gather in the sky,
And billows round me roll,
However dark the world may be,
I’ve sunlight in my soul. [Refrain]

While walking in the light of God,
I sweet communion find;
O press with holy vigor on,
And leave the world behind. [Refrain]

I cross the wide-extended fields,
I journey o’er the plain,
And in the sunlight of His love
I reap the golden grain. [Refrain]

Soon I shall see Him as He is,
The light that came to me,
Behold the brightness of his face,
Thro’out eternity. [Refrain]

This is a happy hymn that captures the joy available every day to those who know Jesus. Even in its simplicity, it reminds us to keep an eternal perspective. No matter what goes on around us. we belong to Jesus and His Spirit lives in us and goes with us. That truth is the treasure Paul talks about in 2 Corinthians 4. May we walk in that same joy today.

Give of your best to the Master,
Give of the strength of your youth;
Throw your soul’s fresh, glowing ardor
Into the battle for truth.
Jesus has set the example –
Dauntless was He, young and brave;
Give Him your loyal devotion,
Give Him the best that you have.

Give of your best to the Master,
Naught else is worthy His love;
He gave Himself for your ransom,
Gave up His glory above:
Laid down His life without murmur,
You from sin’s ruin to save;
Give Him your heart’s adoration,
Give Him the best that you have. [Refrain]

Refrain:
Give of your best to the Master,
Give of the strength of your youth;
Clad in salvation’s full armor,
Join in the battle for truth.

God deserves our best. That shouldn’t be a controversial or surprising statement. And I believe all of us would agree with it. However, living that out can be more challenging. It is easy to get distracted, overbooked and overwhelmed. Soon, God barely has our attention on Sunday morning, much less at any point during the week. The hymnwriter challenges us to see the magnitude of what Christ has called us to, and embrace that calling with everything we have. How could we do anything less?

I think, when I read that sweet story of old,
When Jesus was here among men,
How He called little children as lambs to His fold,
I should like to have been with them then.

I wish that His hands had been placed on my head,
That His arms had been thrown around me,
And that I might have seen His kind look when He said,
Let the little ones come unto Me.

Yet still to His foot stool in prayer I may go;
And ask for a share in His love;
And if I thus earnestly seek Him below,
I shall see Him and hear Him above.

But thousands and thousands who wander and fall,
Never heard of that heavenly home;
I wish they could know there is room for them all,
And that Jesus has bid them to come.

In that beautiful place He has gone to prepare
For all who are washed and forgiven;
And many dear children shall be with Him there,
For of such is the kingdom of heaven.

I long for the joy of that glorious time,
The sweetest and brightest and best,
When the dear little children of every clime
Shall crowd to His arms and be blest.

“The Sweet Story of Old” may be an unfamiliar hymn, but it invites us to place ourselves in the Biblical account of Jesus blessing the children. If we quickly surveyed what event people would most want to have witnessed or been a part of, I’m not sure this one would be very high on the list. We, perhaps like the disciples, may quickly pass over this encounter and move on to the lost sheep. Humility and dependence are keys to walking with Christ. May we never lose sight of that.

Must I go, and empty handed,
Thus my dear Redeemer meet?
Not one day of service give Him,
Lay no trophy at His feet?

Not at death I shrink or falter,
For my Savior saves me now;
But to meet Him empty handed,
Thought of that now clouds my brow. [Refrain]

O the years in sinning wasted,
Could I but recall them now,
I would give them to my Savior,
To His will I’d gladly bow. [Refrain]

O ye saints, arouse, be earnest,
Up and work while yet ’tis day;
Ere the night of death o’ertake thee,
Strive for souls while still you may. [Refrain]

Refrain
Must I go, and empty handed?
Must I meet my Savior so?
Not one soul with which to greet Him,
Must I empty handed go?

This hymn allegedly came from a deathbed question from someone who had been a believer for only a few weeks. He was concerned about meeting his Lord with no good works, with no others he had led to faith. Paul in Romans 14:10-12 tells us we will all give an account of how we have used the time, opportunities, and gifts we’ve been given. May we all be about the Father’s business while it is still day.

From the opening pages of Scripture, no one who has encountered a holy God has come away unchanged. Adam, Abraham, Hagar, Moses and many, many others realized that God is not distant but a God who … END_OF_DOCUMENT_TOKEN_TO_BE_REPLACED

A covenant is a solemn, binding agreement. God chose to unilaterally enter into a covenant with Abraham. No matter what Abraham said or did, God vowed to uphold the terms and bless Abraham. Marriage … END_OF_DOCUMENT_TOKEN_TO_BE_REPLACED

Jesus told a parable about a wise builder and a foolish one, underscoring how important it is to have a solid foundation. He declared that obedience to His word was the surest foundation of all. In … END_OF_DOCUMENT_TOKEN_TO_BE_REPLACED