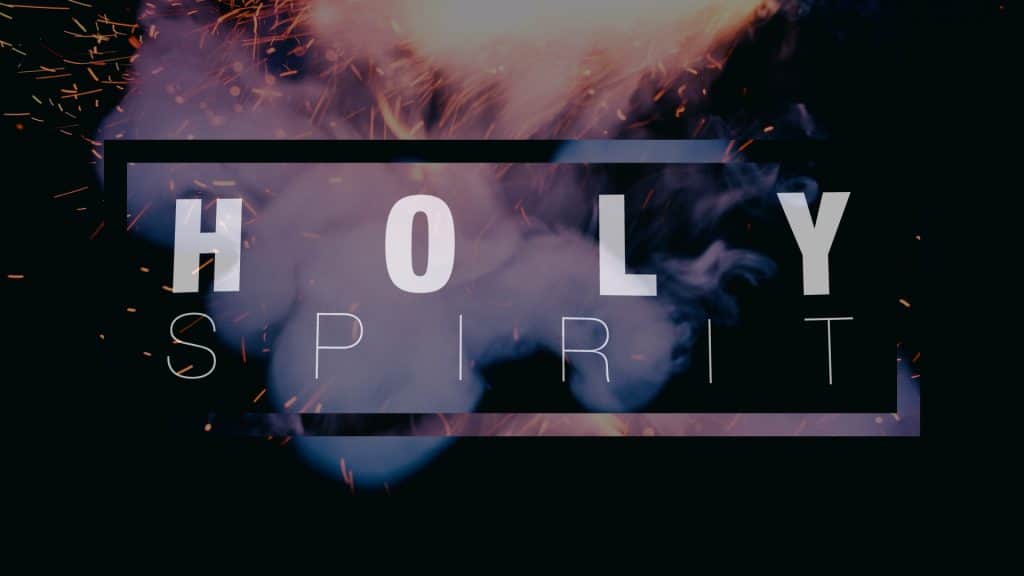 The Spirit of God, who raised Jesus from the dead, lives in you. Romans 8:11

Not some or part. Not a watered-down version.

Lives is active. At work.

The Spirit of the Creator God, Lord of the universe, who performed the miracle of all miracles, the resurrection of Jesus Christ, lives … in … us. In YOU and in ME.

What more do we need?

Blessed are those who mourn, for they shall be comforted. Matthew 5:4

Mourn.
In an era of hyperbole, perhaps we have lost the meaning of mourning.

It is not a response to inconvenience or frustration.

It is a response to suffering and injustice, knowing that sin is the root cause of both.
It is a realization of what awful price my own sin cost my Lord and yet I choose to sin again and again.
It is a resignation that things will not change until the Kingdom comes in its fullness and God reigns on earth as He does in heaven.

It is having a heart broken
For loss and separation.
For justice denied or justice that will not come.
For corruption of morals and character.
For the mistreatment of the innocent and the cowardice that fails to defend them.

And then He sends comfort.
The Greek root word is parakaleo.
The same word is used for the Holy Spirit when Jesus promised His coming in John’s gospel.
The Holy Spirit moves us to pray, to give, to reach out,
To be the hands and feet of Jesus in a world that is suffering.

When we do that … the Kingdom is that much nearer.

PS – Parakaleo is one of my favorite words/ concepts in the New Testament. It makes a great study. Hmmm. In fact, it would make a good retreat topic. If you want to know more about retreats, or how to do one for yourself, check out this ebook The Personal Worship Retreat Guide.

In Him you also trusted, after you heard the word of truth, the gospel of your salvation; in whom also, having believed, you were sealed with the Holy Spirit of promise. Ephesians 1:13

You were sealed with the Holy Spirit of promise. It’s not “sealed” like the marine mammal you see in circuses honking bicycle horns. And it’s not “sealed” like being trapped inside the mummy’s tomb forever … but that one is getting closer. So what is Paul getting at when he says we have been sealed? I think there are at least four things included in it.

Authenticity – Back in the days when software came on disks or CDs it often came with a certificate with a seal of authenticity to let you know you had the genuine item, that it wasn’t a pirated copy. You could be confident that it as going to function as expected and that it had all the features you wanted. The Holy Spirit ensures and attests that our salvation is the real deal and it rests in no one but the One True God accomplished by His Anointed. No fakes, no substitutes, no sub-contractors.

Security – If you have ever been drug-tested for work or had bloodwork, you may have noticed the technician or nurse putting a bunch of stickers on the sample containers or bags. Those are there to prove the samples have not been tampered with. They affirm the integrity of the sample so the results of the tests can be trusted. The Holy Spirit seals us so that our salvation cannot be tampered with. Because of that we know the results, like joy and peace and growth and answered prayers and so on can be trusted. Not only that, we can be confident that the end result of our salvation, our ultimate glorification in Christ’s presence is a sure thing.

Ownership – Cattlemen used to brand their herds so that even in a big group, it was easy for anyone to see which cows belonged to whom. Even now we mark our lunches, and our coffee cups and kids’ jackets so that ownership is clear. The Holy Spirit seals us so we never have to question who we belong to. Not only that, but it should be easy for anyone else to tell it as well.

Authority – Your high school or college diploma. Your driver’s license. Your building permit. All of them have some sort of seal affixed to them indicating that some governing entity with the requisite authority has conferred on you some right or privilege or standing. The Holy Spirit gives us the standing as children of God, joint heirs with Christ and further grants us the status as ambassadors for His kingdom.

You probably already knew it, but just for the record that’s an unbreakable seal.

For as many as are led by the Spirit of God, these are sons of God. Romans 8:14

We are in that tricky phase of parenting older (adult, even) children, which includes navigating relationships. Over Christmas break, that meant my daughter spent a few days with her boyfriend’s family, and then he spent a few days here with us before they both headed back to college for the term. Now the boyfriend is kind-hearted and gracious, seamlessly fitting into our family, and we enjoy having him here. On top of that, his family is a thousand or so miles away and I’m glad to offer him a break from the campus.

But what if we invited Curtis to our home but then totally ignored him?
What if we never included him in a conversation?
Or set a plate of food in front of him?
What if we headed out to the movies and left him at home?

He might have questions of his own.
Were they kidding when they invited me?
Was Lauren insincere when she expressed her feelings for me?
Am I in an episode of The Twilight Zone?

Of course, we would never do that, and I’m certain you would never ignore a guest in your home. We just wouldn’t.

On His last night with His disciples, Jesus promised to send the Holy Spirit. He said, “You know Him, for He dwells with you and will be in you.” (John 14:17.) Throughout Romans 8, Paul emphasizes the Holy Spirit lives inside believers. He is far more than a just a houseguest. He is the seal of our salvation. He is the one empowering, reminding, directing, interceding for, convicting, and teaching us. And more.

While we would never be rude and obnoxious to an invited visitor in our home, I wonder if we might at times behave that way to the Holy Spirit who lives in us.
Are there moments we refuse His instruction?
Do we ignore His warnings?
Could we crowd Him out?
Do we fail to even consider Him or acknowledge His presence?

I suspect the answer is yes.

If we offended or mistreated a houseguest, an apology would be in order, perhaps even followed by making it up to our guest somehow.

With the Holy Spirit, that means confession and repentance.

He who did not spare His own Son, but delivered Him up for us all, how shall He not with Him also freely give us all things? Romans 8:32

I take the winters off from running. I do this for several reasons. It gives my body a couple of months of rest and time to recuperate. I get cold weather exercise-induced asthma and it saves me from an inhaler. (If you’ve never used one, blecch) But the overwhelming reason is that I do not like the cold. Period. Dragging myself out of my warm bed and into the cold air is the worst.

Last winter, though, rather than spend the entire two-month hiatus as a bed slug, I lifted weights in the basement. There are some real advantages to lifting. I can do it in my pajamas. I can be a lot less awake than I have to be if I’m running. Most of the time, I barely even have to open my eyes to lift. It works more muscles than running. It’s right in my basement. I don’t have to drive to a gym. There’s no danger of cars or dogs or even owls.

But for years, lots of years, that weight machine sat in my basement doing me absolutely no good because I never used it for anything more than a laundry rack. It was only when I (finally) took advantage of the great resource available to me that it benefited me at all.

God, in His grace, has given me a ton of resources to help me out as I live for Him.

It’s worse than having an unused weight machine in a basement.

‘You shall be holy, for I the LORD your God am holy. Leviticus 19:2

After painstakingly following God’s instructions concerning the construction and equipping of the tabernacle in the wilderness, Exodus 40:34-35 describes God’s presence in the form of a cloud moving in and inhabiting the place.

Later, under King Solomon a great temple was built. In 1 Kings 8:10-11, once again, God’s presence in the form of a cloud, moves in and inhabits the place.

In the New Testament, Jesus asserts that He is the temple, not the building where worship occurred, but the physical presence of God.

After Jesus ascended to heaven, what happened to the presence of God? An amazing thing happened. God chose to dwell in individual believers. We became the temple of God.

Often we read these verses as an encouragement to eat our veggies and exercise, or an admonition not to smoke or drink. Gotta take care of the temple, after all. And yes, we should be good stewards of the body, health and life God has entrusted to us, but being a temple is so much more.

Remember the temple is where God dwells. God has chosen to live IN us. Not in a faraway place. Not a place we only visit a few times a year. IN us. As wondrous as the Incarnation is, the Indwelling is even more marvelous. The glory that filled the tabernacle, the glory that filled the temple … lives in us. Moses couldn’t go inside, the priests couldn’t minister because the glory was too much. That glory was displayed on the cross, and revealed in resurrection three days later.

That glory lives in us.

From the opening pages of Scripture, no one who has encountered a holy God has come away unchanged. Adam, Abraham, Hagar, Moses and many, many others realized that God is not distant but a God who … END_OF_DOCUMENT_TOKEN_TO_BE_REPLACED

A covenant is a solemn, binding agreement. God chose to unilaterally enter into a covenant with Abraham. No matter what Abraham said or did, God vowed to uphold the terms and bless Abraham. Marriage … END_OF_DOCUMENT_TOKEN_TO_BE_REPLACED

Jesus told a parable about a wise builder and a foolish one, underscoring how important it is to have a solid foundation. He declared that obedience to His word was the surest foundation of all. In … END_OF_DOCUMENT_TOKEN_TO_BE_REPLACED