Posts that mention Moses, the man of God 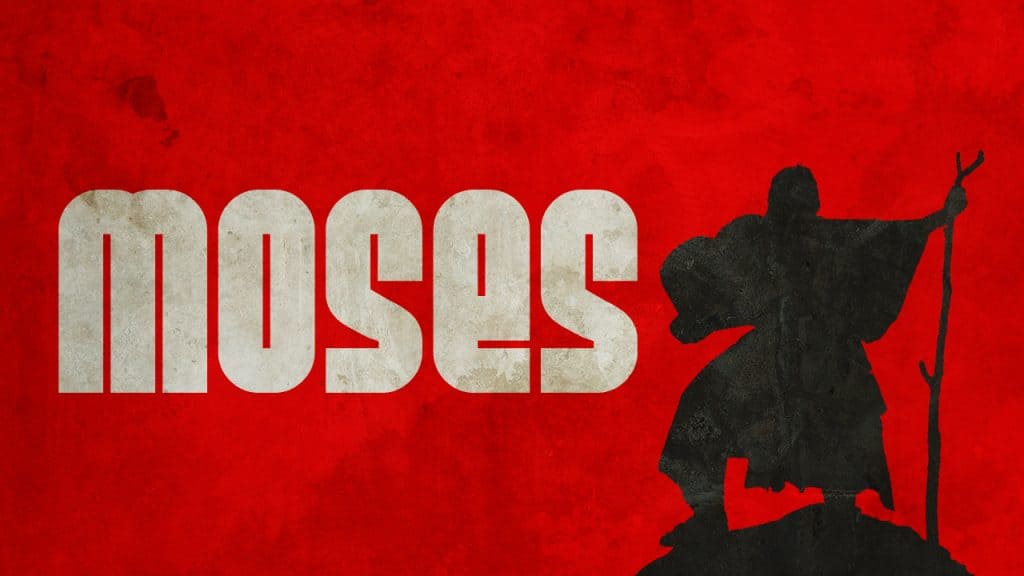 Then Moses stood in the entrance of the camp, and said, “Whoever is on the LORD’S side—come to me!” And all the sons of Levi gathered themselves together to him. Exodus 32:26

It is personal. No one can make the decision for you.

It is public. The challenge is issued in front of the entire nation.

It is active. It requires that we separate ourselves.

Today and every day, you and I face that same challenge.

Exodus 6:9 “When Moses told this to the Israelites, they were too discouraged and mistreated to believe him.” (CEV)

Moses told them God had heard.
He was marshaling His mighty power on their behalf, fulfilling His promises, pouring out His grace.

And they couldn’t see it.
All they knew was their situation and how it left them.
Discouraged.
Despondent.
Beaten down.
Broken.

They couldn’t see His hand in their circumstances,
and yet, He was doing far more than they asked.

The spies reported “But the people who live there are powerful, and the cities are fortified and very large. We even saw descendants of Anak there.” Numbers 13:28 (NIV)

You may remember from beginning grammar that conjunctions are words that connect words or ideas. “But” is the conjunction that joins contrasting ideas. When “but” appears in Scripture, it highlights something God wants us to notice, to learn from. We’re looking at some of these contrasts.

In Numbers 13, the nation of Israel is poised to enter the Promised Land. Moses sent a team of twelve spies to check out the land in preparation for its conquest. On their return, they gave Moses their report: “We went into the land to which you sent us, and it does flow with milk and honey! Here is its fruit.” Numbers 13:27

In other words, the land is everything God promised it would be. It is beautiful. It is fruitful. BUT… The people are powerful. The cities are fortified. There are giants.

That report is enough to make the people decide they don’t want any part of the Promised Land.

As the narrative continues in chapter 14, Joshua makes a last-ditch effort to encourage the people to take hold of the land God is giving them.

If the LORD is pleased with us, he will lead us into that land, a land flowing with milk and honey, and will give it to us. Only do not rebel against the LORD. And do not be afraid of the people of the land, because we will swallow them up. Their protection is gone, but the LORD is with us. Do not be afraid of them.” But the whole assembly talked about stoning them. Then the glory of the LORD appeared at the Tent of Meeting to all the Israelites. Numbers 14:8-10 (NIV)

Joshua said, “Do not be afraid. The Lord is with us.” BUT the people wanted to stone him for suggesting that.

This moment represents one of the greatest failures in Scripture, and the lessons we can take away are important.

A sense of entitlement is destructive – It hadn’t been that long ago that the nation of Israel were slaves in Egypt. Most recently, they have been dependent on God for their provision as they trekked across the desert. Now they presume to treat the gracious gift of a homeland and the abiding presence of God with the critical eye of a used car buyer. They were critical, ungrateful, and rebellious. Joshua was right. The Promised Land lay before them. All they had to do was step out in faith. They chose to sit back in hard-heartedness.

If we aren’t careful, we can nitpick God’s grace. We can determine He really doesn’t care. He really isn’t good. His gifts aren’t great and we deserve more.

Leaders who don’t follow God can lead us astray – The ten spies were handpicked representatives of their tribes. They were well-respected, but they were completely wrong. Not only that, but their report was designed and delivered to maximize its impact. Scripture doesn’t record their motive. We don’t know if they were looking to push Moses out or if they were genuinely opposed to taking the land. But clearly they lacked faith in God and His promises.

We can embrace leaders who are more pragmatic than Kingdom-minded. Joshua, Caleb, and Moses returned again and again to God’s clear commands and His character. The other spies were pushing comfort, safety, and ease, but ultimately disobedience.

We have to trust God more than we trust our own assessment of the situation -The ten spies were not wrong. The people of Canaan were powerful warriors. The cities were well-fortified. There were giants. However, like Joshua said, “But the LORD is with us.”

Carrying out the gospel, making disciples, living like Jesus day in and day out is a difficult assignment. There is no question about that. Culture is hostile. Temptations are a real struggle. The enemy is active and fights dirty. But the LORD is with us. The Holy Spirit lives in us and Jesus promised that we will reap if we don’t faint.

Don’t be like the spies. Be like Joshua. Be bold. Cling to His promises. Encourage others to do the same.

Are you totally protected?

For if the blood of goats and bulls and the ashes of a young cow, sprinkling those who are defiled, sanctify for the purification of the flesh, how much more will the blood of Christ, who through the eternal Spirit offered himself without blemish to God, cleanse our consciences from dead works so that we can serve the living God? Hebrews 9:13-14

Several years ago, my brother-in-law’s house was broken into. It was close to Christmas and all the presents were taken, along with portables like the VCR. Even my nephews’ banks were taken. Afterward, along one of the side roads, they found wrapping paper the thieves discarded as they unwrapped their treasures.

That incident prompted many in the area, including us, to install a security system. We want to know that we’re totally protected, that we’ll be warned if an intruder is trying to get in, and that the intruder will be adequately deterred.

We like the idea of having a system or a method of security and protection. I hear commercials every day urging me to safeguard my data, protect my identity, my investments, or my health. Sometimes the threats are real. Other times it’s fear-mongering to make a few dollars.

Several thousand years ago, Moses proposed that the nation of Israel adopt the most foolproof security system ever devised. The threat was real and deadly. God’s judgment was going to fall on the land of Egypt, where the Hebrews lived. Sin always brings judgment. Judgment always brings death, and in this case, the firstborn son of every household would be taken. Every household.

Unless the household installed the prescribed security system.

If the household took lamb’s blood and marked the doorframe, the intruder – death – would not enter that household. No death. No judgment. The system was guaranteed 100% effective by the manufacturer. The system lived up to its billing. Not a single death occurred in the secure households. Not a single household escaped death in the unsecured ones.

That was the prototype. Later, God introduced a much more robust system, designed to protect us not from ordinary temporal threats, but eternal ones. It is the only system capable of delivering that level of protection. The only one.

It still means living under lamb’s blood, but this time it’s the Lamb of God. Anyone who chooses this system, who applies the blood is guaranteed protection from the eternal death. Again it’s a 100% thing. Not a single person who lives under blood will face eternal death. No one who disregards the system will escape.

There is an extensive manual for the system and support is available anytime. If you don’t have this system, time is running out. There is no cost to you. The developer has paid every price in order to make it available to anyone who wants it.

Make sure you are totally protected.

You shall walk in all the ways which the LORD your God has commanded you, that you may live and that it may be well with you, and that you may prolong your days in the land which you shall possess. Deuteronomy 5:33

Imagine you were invited to a banquet.
The address, though unfamiliar, was plainly printed on the invitation.
Even so, how do you know where to go?

GPS.
A map.
Follow the signs.
Ask for directions.
Wander around and hope for the best.

But what if the host accompanies you?
What if the host tells you the best route,
Cautions you against the hazards and pitfalls,
And even brings snacks to make the trip effortless?

Wouldn’t that be a better way to go?

Israel had been given much better than just a banquet.
God gave them the Promised Land.
He accompanied them.
Told them all about the dangers as He protected them.
He fed them.

Yet, so often they chose to trust each other for directions.
“Make us a calf.”
“We should have stayed in Egypt.”
“Korah is just as good a leader as Moses.”
“We can’t take the land away from the giants.”

Walk in His ways. Stay on His path. Follow His directions.

Therefore know this day, and consider it in your heart, that the LORD Himself is God in heaven above and on the earth beneath; there is no other. Deuteronomy 4:39

Moses reminds Israel of what God has done for them.

His choice. His deliverance. His provision. His protection.
His revelation of Himself. His presence with them.

And it is in light of all that, we are also called to know and consider.

There is no other God.

So think about this for a moment for yourself. In your own life.
Has God has chosen you?
Has He delivered you?
Has He provided for you?
Has He revealed Himself to you?
Has He been present with you?

When you do that earnestly, what’s the conclusion?
There is only one.
There is no other God.

From the opening pages of Scripture, no one who has encountered a holy God has come away unchanged. Adam, Abraham, Hagar, Moses and many, many others realized that God is not distant but a God who … END_OF_DOCUMENT_TOKEN_TO_BE_REPLACED

A covenant is a solemn, binding agreement. God chose to unilaterally enter into a covenant with Abraham. No matter what Abraham said or did, God vowed to uphold the terms and bless Abraham. Marriage … END_OF_DOCUMENT_TOKEN_TO_BE_REPLACED

Jesus told a parable about a wise builder and a foolish one, underscoring how important it is to have a solid foundation. He declared that obedience to His word was the surest foundation of all. In … END_OF_DOCUMENT_TOKEN_TO_BE_REPLACED