Posts about encouraging and instructing our worship 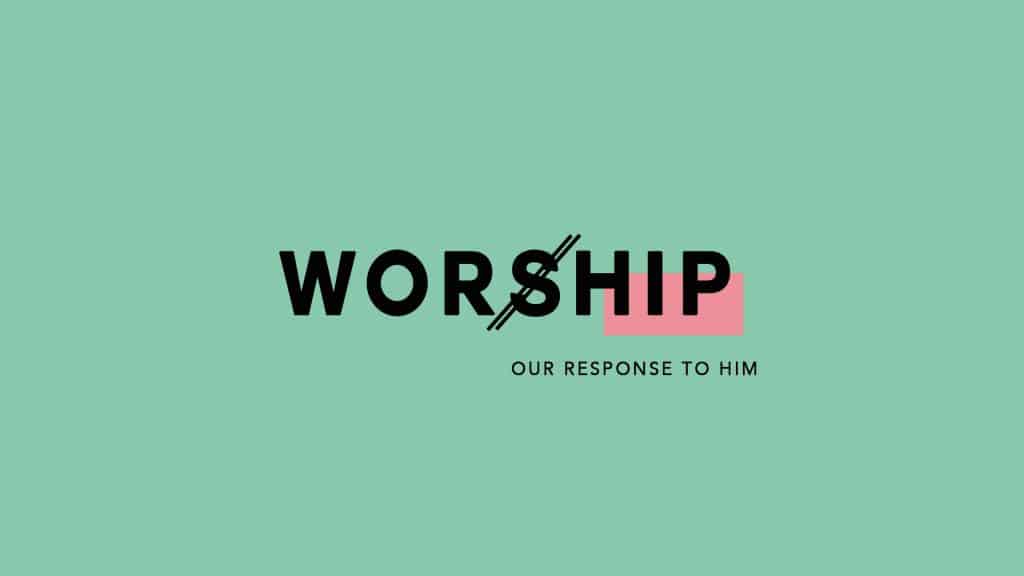 Let the words of my mouth and the meditation of my heart Be acceptable in Your sight, O LORD, my strength and my Redeemer. Psalm 19:14

I have always viewed this verse as a prayer, something I wanted God to do for me.
Transform my words, and the thoughts that gave rise to them, so that they are acceptable to You.

It’s an honorable, worthy prayer, born of a desire to please God.

It’s not exactly worded like a prayer though.
These are the words that accompany an offering left on an altar.

See, that changes things.
My words are not held up as something for God to fix.
They are an act of worship.
My thoughts are not something I want Him to sanctify.
They are offered to Him as a sacrifice.

Would the last ten conversations I had make much of an offering?
Even if I only counted the substantive ones?
Would the things my mind and emotions landed on yesterday bring delight to the one I claim as LORD?
Were they His kind of thoughts?

May these gifts I give You be acceptable.
May the things I say,
May the things that linger in my heart and mind,
Be gifts worth giving You,
O LORD, my strength and my Redeemer.

So [David] left Asaph and his brothers there before the ark of the covenant of the LORD to minister before the ark regularly, as every day’s work required; 1 Chronicles 16:37

Perhaps the greatest celebration in David’s reign as king was when the Ark of the Covenant was brought to Jerusalem. Even though David was prevented from building a temple to house the Ark, he made every preparation for that time. Not only did he procure building materials and furnishings, but he also considered how to best manage the utilize those ordained by God to serve, that is, the priests and Levites. Because David was a musician and songwriter himself, it is no surprise that the role music was to play in Israel’s worship was a priority for the king.

David chose three men: Heman, Asaph, and Ethan to oversee the worship music. They weren’t literal brothers but rather belonged to the same tribe. All three men are mentioned performing multiple duties and we have psalms written by each of them. Pulling together some snippets about these men from 1 Chronicles, it seems Heman served as the primary singer, the lead, the director even. Asaph seems to have been the primary songwriter. Ethan then, may have been the lead musician. Perhaps, the first worship band.

So how did Asaph and the others lead worship? What was their philosophy and can we learn anything from it?

Asaph’s worship was a daily activity (1 Chronicles 16:37). Somehow, I don’t think worship was just a vocation for him. I doubt David would have chosen him if it were. The Message says Asaph and the others were “responsible for the needs of worship around the clock.” That takes devotion both to God and to the congregation they served. They viewed worship as a calling, as a sacred trust, rather than a chore or obligation.

Asaph’s worship centered on God’s character, His words, and His actions (Psalm 50, 73-83). If we do a quick read of Asaph’s, several themes emerge. God’s holiness. Lots of holiness. His power and might. His dealings with men. His judgment of the wicked. But also His restoration of those who have sinned, and His intervention on behalf His people.

Asaph’s worship was inspired (1 Chronicles 25:1-7) These verses mention Asaph and the others prophesying and by Hezekiah’s time, he was called Asaph the seer. (2 Chronicles 29:30). From what we know of the New Testament gift of prophesying, it doesn’t necessarily mean to foretell the future. Even in the Old Testament, the prophets didn’t always make predictions. They did however always deliver God’s message, His unvarnished truth to the hearers. When we clearly understand God’s message to us, our natural response is worship.

Is worship a daily activity, a weekly routine or a special event for you? Is it, or should it be all three?
What role does music play in your personal worship? In the worship at your church?

Want renewed? Check this out.

Therefore You are great, O Lord GOD. For there is none like You, nor is there any God besides You, according to all that we have heard with our ears. 2 Samuel 7:22

Therefore
Recall all that God has said and done in the past.

You are great
Reaffirm the meaning of great. Disconnect it from its watered-down common usage.

O Lord GOD
Reestablish that He is your Lord and your GOD by the covenant relationship established in Christ.

For there is none like You
Recommit to the One who is uniquely, singularly God.

According to all that we have heard with our ears
Rehearse the times you have witnessed God’s greatness.

Aaron saw how excited the people were, so he built an altar in front of the calf. Then he announced, “Tomorrow will be a festival to the LORD!” Exodus 32:5 NLT

Admittedly Aaron had a tough job. No one had ever been high priest before. He was no theologian. A few weeks ago, he was a slave like everybody else. Moses was gone and had been for an uncomfortably long time and he left very little in the way of instructions. Now Aaron was faced with a nation on the verge of becoming a mob.

Their request, their demand, is fascinating. It wasn’t, “Lead us out of here.” It wasn’t, “Find us some food.” It was, “Make us gods.”

We want to worship something, Aaron. Make us gods to worship. Something outside us. Something greater than ourselves. Things are uncertain. Restore a sense of balance, familiarity, comfort to us. Make us gods.

So Aaron took their earrings and bracelets, melted them down and molded, sculpted a calf. Not a bull, mind you. A calf. A manageable, harmless god. One that had potential, but one that was not especially imposing. The people were ecstatic. The god was exactly what they wanted. “This is your god, Israel. The one who brought you up out of Egypt.”

And Aaron, wanting to capitalize on the moment, wanting to harness the emotion, announced, “Tomorrow is a festival to Yahweh!” They took something they had created out of their own imagination, using their own resources and called it GOD and worshipped it.

We live in a culture that is grasping for gods. God help us not to use our own resources, our own imagination, and craft for them what they want. An emotional experience. A platitude. A compromise. Call it God and worship it.

Sometimes we are not much different than the culture we live in. Too often we seek the comfort of a god we design, a god who is close to the True God but whose standards are more flexible … and familiar. Too often we look for emotional gratification, an experience, or intellectual validation, reassurance, rather than spiritual transformation, repentance, holiness. More often than we’d care to admit, we create something, call it GOD and worship it.

God help us point people to what they need. God help us not settle for anything less for ourselves. The gospel. The truth. Transformation. The One True God, Maker of heaven and earth. He is God alone, worship Him.

Why do people settle for something less than the One True God?

What did you go out into the wilderness to see? Matthew 11:7-9

When Sunday comes, what do we expect in the worship service?

A reed shaken by the wind?

The latest trendy ideas. The best formulas and formats.

But what did you go out to see? A man clothed in soft garments?

But what did you go out to see? A prophet?

The very words of God. An encounter with holiness. Conviction and consecration.

When we go to worship … what happens if we find what we’ve gone out to see?

Let my prayer be set before You as incense, The lifting up of my hands as the evening sacrifice. Psalm 141:2

Incense was a vital component of worship in Israel, but one that we don’t incorporate in Protestant services. However, knowing that incense symbolizes the intercession and prayers of God’s people, and knowing that so many facets of tabernacle worship were also object lessons, we can learn some important truth about our worship and prayer.

In Exodus 30-34-38 God instructs Moses on the makeup and usage of the incense for Israel’s worship. He said to use stacte, onycha and galbanum, and mix with pure frankincense in equal amounts. Frankincense you’ve probably heard of. Of the others, galbanum is the only one that scholars have positively identified. (However, if you Google them, essential oils is one of the autocomplete suggestions for each.) The bottom line is, it smelled terrific, distinctively terrific. But before any of the spices could be used there was some prep work. Each of the ingredients had to be crushed and ground to a fine powder. During the tabernacle and temple ceremonies, it was burned by fire on an altar. One final note: Israel was not allowed to copy the recipe and whip up a batch of incense for personal use.

So let’s take some principles from all that.

Ground – Our sincerest worship often comes from our authentic brokenness and need.

Mixture – Worship and prayer is a mixture, not based on a meticulous, legalistic formula, but definitely a combination of God-honoring things like adoration, thanksgiving, confession, petition, and lament.

Fire – Fire is often used a symbol of the Holy Spirit, so prayer and worship that are not Spirit-infused are empty.

Distinctive – If we treat worship and prayer as common and ordinary, we dishonor God.

Sweet – The aroma lingered in the space, on the worshiper after it was over. If we don’t carry the impact of our time with God out beyond the designated time and place, it has been empty. I think it’s a fair extrapolation to say that if we bring hypocrisy and sin into our worship, it’s a lot more skunky than sweet.

How would our prayer life, our worship life change if we, like David, came before Him with authenticity, directed by the Holy Spirit, if worship and prayer were a sacred blending of our heart’s cries, and if those moments were lingering and longed for?

Lord, let my prayers be set before You like incense.

From the opening pages of Scripture, no one who has encountered a holy God has come away unchanged. Adam, Abraham, Hagar, Moses and many, many others realized that God is not distant but a God who … END_OF_DOCUMENT_TOKEN_TO_BE_REPLACED

A covenant is a solemn, binding agreement. God chose to unilaterally enter into a covenant with Abraham. No matter what Abraham said or did, God vowed to uphold the terms and bless Abraham. Marriage … END_OF_DOCUMENT_TOKEN_TO_BE_REPLACED

Jesus told a parable about a wise builder and a foolish one, underscoring how important it is to have a solid foundation. He declared that obedience to His word was the surest foundation of all. In … END_OF_DOCUMENT_TOKEN_TO_BE_REPLACED